Bloemfontein Celtic have unveiled their 10 new signings ahead of the 2019/20 Absa Premiership season, including experienced goalkeeper Jackson Mabokgwane, who arrives after being released by Orlando Pirates.

Mabokgwane is likely to fill the void left by stalwart Patrick Tignyemb, who has joined Chippa United, though he faces competition from Mondli Mpoto, who has signed on a permanent basis with the team. 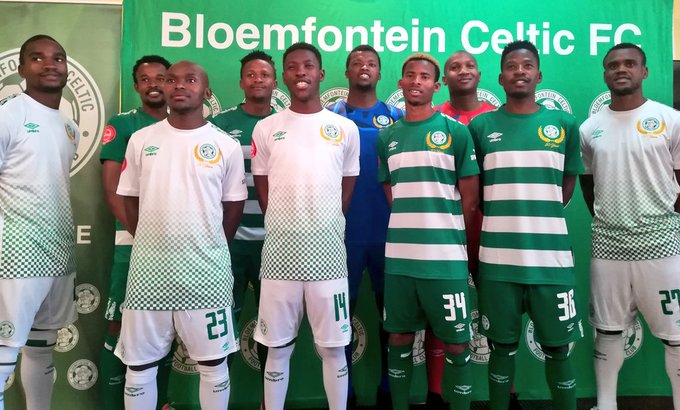 Lesotho international forward Sera Motebang finally gets his chance in South Africa having been looked at by a number of clubs down the years, while ex-Kaizer Chiefs defender Aviwe Nyamende has also been signed.

Celtic will be competing in the MTN8 quarterfinals this season and open their Absa Premiership campaign at Orlando Pirates on August 3.

Pirates register their first win of the year

Orlando Pirates secured their first win of 2017 after beating…

Ford is the new Vehicle Sponsor for Pirates

Orlando Pirates is delighted to announce its new vehicle partnership…

Orlando Pirates cruised to a 5-0 win over Jomo Cosmos…

A renewed commitment to excellence and a nod to the…

18 goals scored No draws Only one home team lost…

Chiefs is still the only unbeaten side in the PSL…

Football derbies do not get any bigger than this!

Kermit the frog’s take on the derby

Sorry. No data so far.