Kaizer Chiefs’ striker, Dumisani Zuma has won the Absa Premiership Goal of the Month for November 2019.

Voting for the Goal of the Month for December has opened on PSL.co.za and will close at midnight on Monday next week.

The Amakhosi super sub received the honour for the first of his two goals in the 2-0 win over Chippa United at the Nelson Mandela Bay Stadium.

Zuma picked the ball up around the edge of the 18-yard area, beat two Chippa defenders and coolly slotted the ball home. 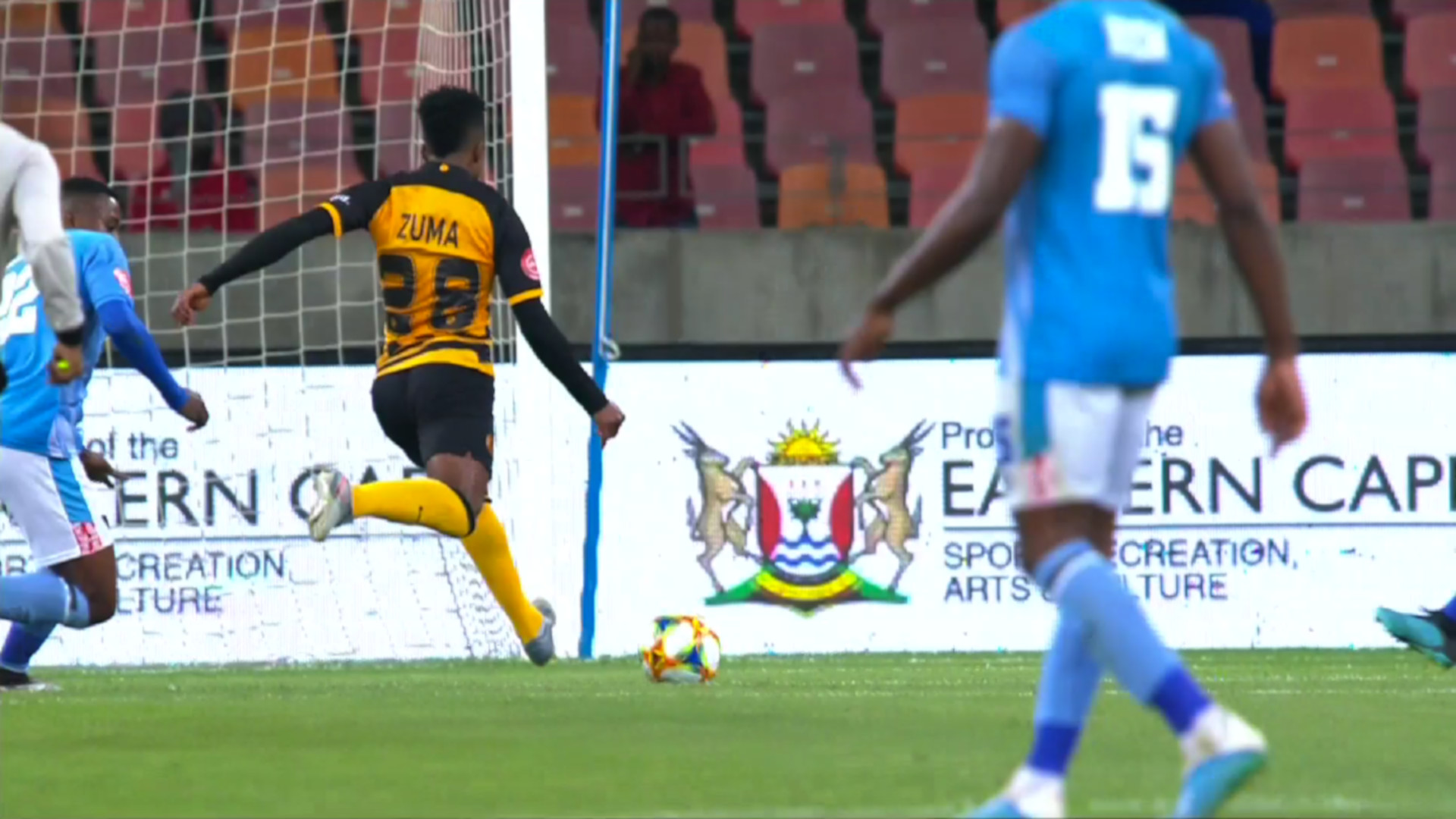 The striker’s goal beat off competition from Orlando Pirates’ duo of Vincent Pule and Gabadinho Mhango as well as Andile Jali of Mamelodi Sundowns.

The goal was chosen by football loving supporters, who voted for their favourite goal via the Premier Soccer League (PSL) website.

Proud sponsors of the Absa Premiership, Absa, continues to reward football supporters that vote for the winning goal during the 2019/20 campaign.

Each of the goals selected during the monthly voting will go towards the list of goals that will be voted for the Absa-lutely Awesome Goal of the Season at the end of the season.

Football supporters and the general public can go to PSL.co.za and vote now. All the shortlisted goals are available on the PSL website for the public to vote for.

2019/20 Absa Premiership Goal of the Month winners so far:

Chiefs register a third league win of the season

Kaizer Chiefs bagged their third Absa Premiership victory when they…

A first half header from Lorenzo Gordinho handed Kaizer Chiefs…

Shabba is back on training

Siphiwe ‘Shabba’ Tshabalala will return to training on Wednesday. The…

Another player part ways with Amakhosi

As the journey to prepare for the upcoming season continues,…

We are better prepared – Middendorp

“We have done our homework,” remarked coach Ernst Middendorp. “We…

Football derbies do not get any bigger than this!

Kermit the frog’s take on the derby

Sorry. No data so far.